Born: Dec 1933, Died: Aug 2016
Phil Vierling grew up on the North Side of Chicago, Illinois. He attended the University of Illinois where he majored in geology. Alter college he became a teacher at Foreman High School in Chicago, where he himself had graduated. He taught science and mathematics.

After retiring from teaching he became a writer. He wrote hiking and canoeing guides for a number of northern Illinois locations. He devoted the last 17 years of his life to writing a collection of essays on the early history of Chicago and the Chicago Portage, and publishing his own newsletter "The Portage Ledger" to distribute his original research.

Phil adopted the Chicago Portage National Historic Site as his own ground. He cut trails through Portage Woods where he thought they belonged. He developed the first free public historical tours of Portage and Ottawa Trail Woods. He created and self-published a self guided walking tour of Portage Woods. And he meticulously documented the plants, shrubs and trees even naming one of the largest and oldest burr oak trees the "Hubbard Oak", since it had likely been growing there when Gurdon Hubbard first camped in Portage Woods in 1818.

Because there was little interpretation of the site's rich history, and nothing but the most minimal explaination of why it is a National Historic Site, Phil began mimeographing one page, single spaced, typed stories about various aspects of the site and its history, sealing them in clear plastic envelopes, and nailing them to the trees along the trails! When local teens and young adults built bonfires and drinking camps back in the woods on Saturday evening, Phil would take them apart on Monday morning and haul the folding chairs, mattresses, couches and other furniture out of the preserve. When the "campers" found their camps destroyed, they began tearing down Phil's waterproofed stories off the trees. Phil would take another mimeographed sheet off the pile, seal it up, and nail back on the tree where he believe it belonged. This back and forth battle went on for years until Friends of the Chicago Portage helped fund a new set of professionally developed interpretive signage in 2005.

Phil waged a decades long battle against the industrial site on Portage Wood's south border that was regularly polluting Portage Creek. He called out politicians and bureaucrats by name in letters to editors, he railed against the destruction of our common heritage. He reported and documented each infraction. He was the first Friend of the Chicago Portage. 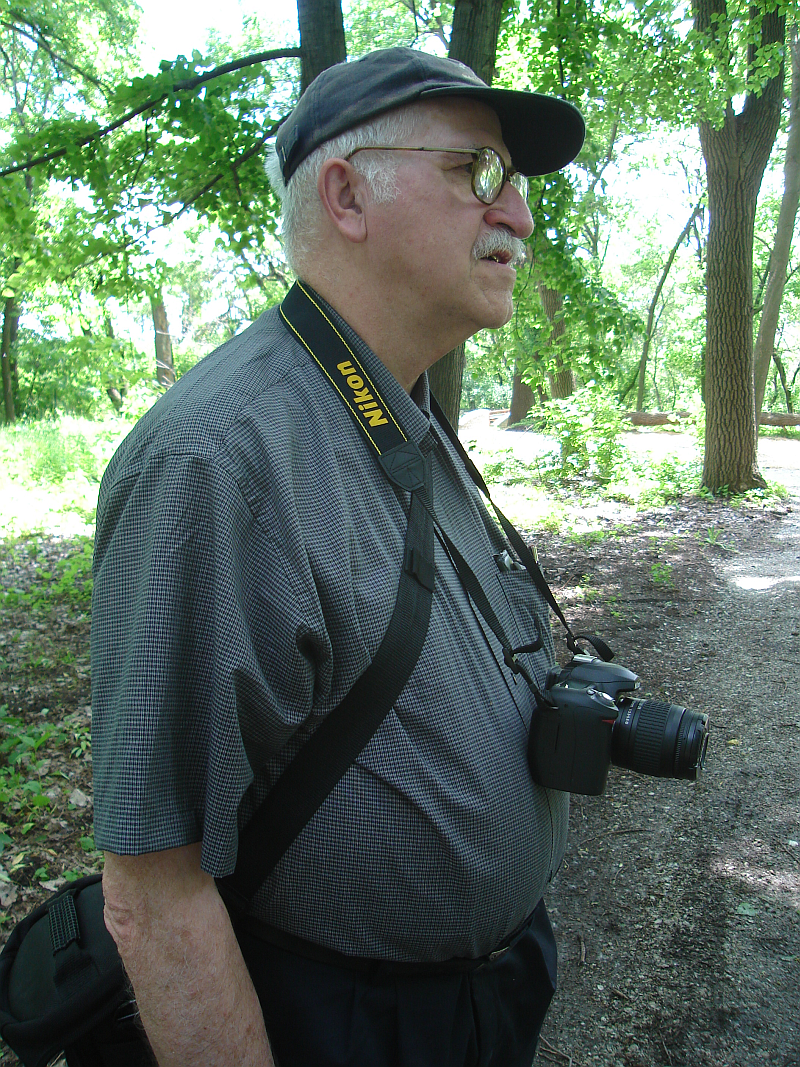